About The Scotch Plains Police Department 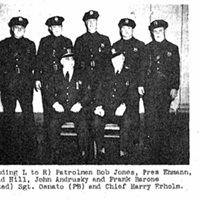 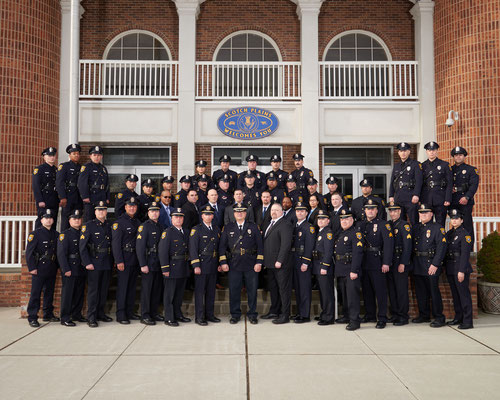 The story of the Scotch Plains Police Department started in 1868 when the Scotch Plains Mutual Theft Detecting Society was formed. The 'Society' was established to combat theft in the growing community. The members were empowered to arrest any person they would find stealing and to bring them to the Magistrate to be "dealt with in accordance to the Law". The Scotch Plains Police Department was officially formed on July 20th, 1900, with the swearing in of a Chief and two sworn officers. The early years of our department revolved around busting illegal stills and chicken thievery. The first established municipal building was built in 1920. It stood in the parking lot of the current municipal building. The old Police Headquarters housed not only the Police Department but also the Fire Department and in 1937, the newly formed First Aid Squad Ambulance. As the years went by and the population grew, the Police Department grew from the original three officers to eight in 1933, then to twelve in 1954, twenty-one in 1962, to our current staffing of forty-nine sworn officers that we have today. Our department has been on the cutting edge of technology since the early Patrol cars of the 1950's to the modern cars of today. The Scotch Plains Police Department has quickly expanded from a three man department in a largely agricultural community to a modern Department serving a very busy, residential township. Currently we have forty-nine officers, broken down into the Patrol, Investigative and Support Services Divisions that serve over 24,000 people. Throughout the long history of the Scotch Plains Police Department, we have had only one, in the line of duty deaths. In 1921, our Chief, Florence O'Sullivan, lost control of his motorcycle and was killed. While the times have changed dramatically, we still serve the community in much the same was as we did 116 years ago.

“To deliver effective police services through the deployment of dedicated, ethical officers who are provided with sufficient guidance and discipline, and to balance the responsibility of protection and enforcement with the limits necessarily placed upon policing in a free society.”